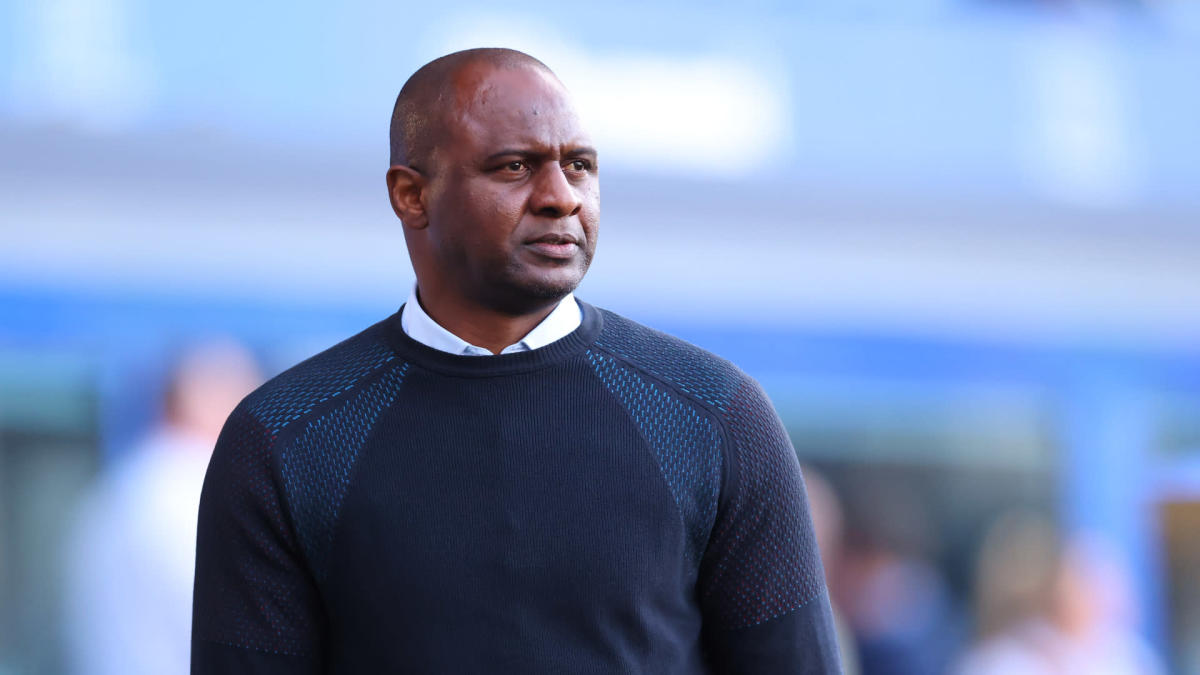 Crystal Palace supervisor Patrick Vieira was concerned in an altercation with an Everton fan following his crew’s 3-2 defeat at Goodison Park on Thursday.

Palace threw away a 2-0 half-time lead within the second half, and the dramatic victory for the Toffees ensured their Premier League standing for an additional season.

The delirious house followers descended onto the pitch after the ultimate whistle to rejoice, however one fan approached Vieira and appeared to taunt him.

The previous Arsenal midfielder initially ignored the person, earlier than turning to confront him, seeming to kick out earlier than being ushered away by different Everton supporters.

Vieira refused to discuss the incident in his post-match media convention, although his reverse quantity Frank Lampard mentioned he “felt” for the Frenchman being put in that state of affairs.

“I feel for Patrick,” the Everton boss mentioned at his personal media convention. “I didn’t get him at the end. I would have said, ‘come in with us’ – although he might not have wanted that.

“After all he ran 80 yards throughout the pitch and it is not simple.”

This was not the first unsavoury incident to take place in English football in the last week involving pitch invasions, with a Nottingham Forest fan being arrested and later jailed for assaulting Sheffield United striker Billy Sharp following Forest’s penalty shoot-out win in the Championship playoff semi-finals on Tuesday.

There were further concerns raised about fans endangering players during pitch invasions after both League Two playoff games involving Mansfield Town and Northampton Town on Wednesday, and Swindon Town and Port Vale on Thursday.

On the fans coming onto the pitch, Lampard added: “It was pure elation of followers who’ve come on the pitch after avoiding relegation.

“If it is done in the right way let them stay on the pitch, let them have their moment. As long as they behave, no problem.”